The Biggest Slip-and-Fall Cases of the Past 20 Years 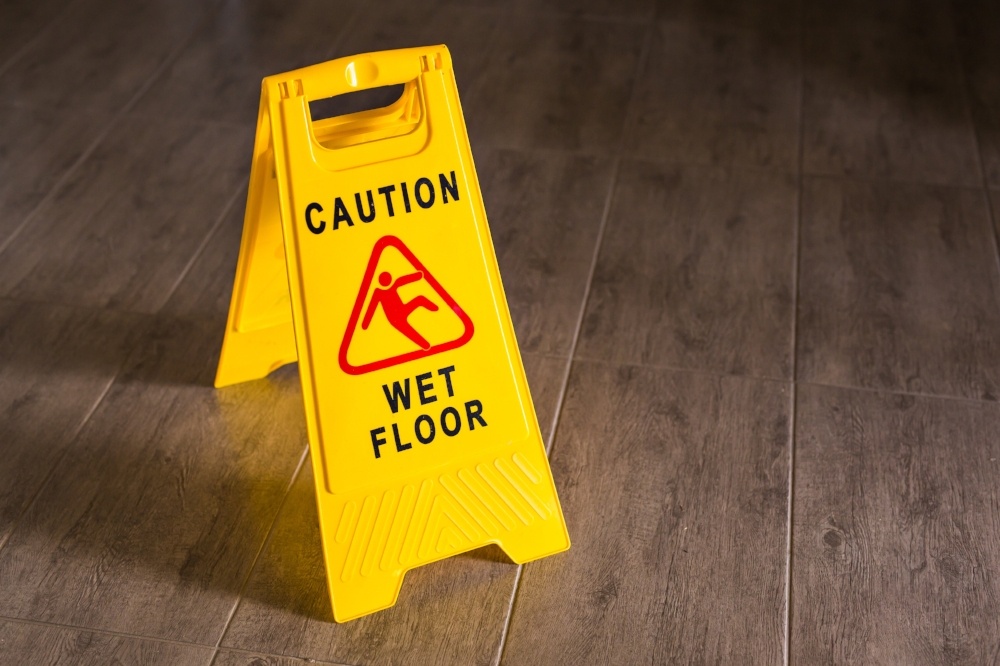 It took some time, but Bill Waite finally received the money he deserved in a case described as “one of the largest financial awards ever granted in a York County injury lawsuit.” And it all came down to one single step. In 2012, on an otherwise level street outside a shopping center in York Township, Waite tripped over a protruding portion of cement and struck his left eye against a nearby chair. Waite, who was already vision-impaired in his right eye, was now rendered nearly blind. Believing the property owner to be negligent, and understanding that Waite would never again be able to engage in his passions such as golf—or see his grandchildren who were born after the injury—a jury awarded him $4 million in 2017.

This was no laughing matter. In 2007, comedian George Wallace (a regular on The Tonight Show and The Late Show with David Letterman, as well as the best man at Jerry Seinfeld’s wedding) was performing at a corporate event at the Bellagio Casino when he became entangled in onstage audio wiring that should have been secured. The entanglement caused him to fall, rupturing his achilles tendon. Sixty years old at the time, Wallace said that the accident left him “permanently hobbled.” A civil jury sided with Wallace, awarding him $1.3 million, with $1.2 million for lost income, $100,000 for pain and suffering, and $8,500 for medical expenses.

In 2003, Penn State student Lorna Bernhoft was enjoying herself at an off-campus house party when she fell through a hole that had previously been a skylight on the fourth floor—one that had been covered up with nothing but a piece of plywood and some carpeting. Bernhoft felt approximately 20 feet, landing on a staircase below and injuring her head and spine. Sadly, her injuries rendered her paraplegic. The poorly covered hole was called a “death trap” during trial, and Joseph and Irene Palmer, the owners of the home, were called out for “willful, wanton, outrageous and reckless disregard for human life and safety.” Juries agreed, and Bernhoft was awarded $11.6 million.

The largest slip-and-fall judgement in the United States also happened to involve the largest retailer in the United States. Truck driver Holly Averyt, upon making a delivery to the Greeley Walmart location, slipped on ice and grease that was leaking from the store’s deli; the overflow actually caused a 185-foot slick of grease to form in the parking lot and the truck ramp area, which accumulated for seven days. Averyt had to undergo three spinal surgeries—one on her neck and two on her back—but she was still unable to return to work. Her truck, which she lived in, was repossessed, and she incurred about $500,000 in medical bills. Walmart denied the spill existed but then was confronted with records from the city, citing them for their grease spills and an investigation from the city which was underway at the time of Averyt’s accident. The Colorado Supreme Court ruled, and awarded Averyt $15 million.

Have You Been Injured in a Slip-and-Fall?

The state of Florida requires property owners to keep reasonably safe premises, and holds them liable for a person's injuries after a slip, trip, or fall. When you, or a family member, suffers from a slip-and-fall injury, it is necessary to file a lawsuit to receive the compensation you deserve. Slip-and-fall injuries may be caused by:

If you or a loved one have suffered injury due to another’s negligence, be sure you get the compensation you deserve. Contact us at Lowman Law Firm, we care about your well-being and are here for you. The call is free.