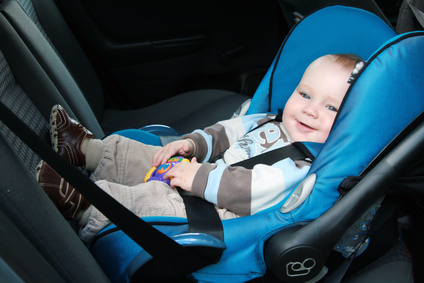 Different laws have been passed by the Florida Government to ensure child safety when travelling by vehicles.  As a matter of fact, child safety laws exist in all the 50 states and the District of Columbia. However there are some differences between the child safety laws imposed by the Governments. These laws are generally targeted to the children of a particular age and weight. While some stats demand that cars have seats specially reserved for children up to 8 years of age, others may keep the limit until age 4 or less.

Why are child safety seats and seat belts important?

While travelling by a vehicle, it is of utmost importance to provide child safety arrangements. And this can be achieved by the use of child safety seats and seat belts. Child safety seats protect the child from being thrown in case of an auto accident. Seat belts also serve the same purpose thus saving and should be worn by all people.

There are the following rules which should be followed for child safety in a vehicle:

There are penalties imposed if child safety laws are not followed. These penalties depend upon several factors like age of the child, weight of the child, placement of the child etc. Typical punishments for not adhering to child safety rules include fines of different amounts. Generally a fine of $60 is imposed and along with that 3 points are deducted from the driving record.