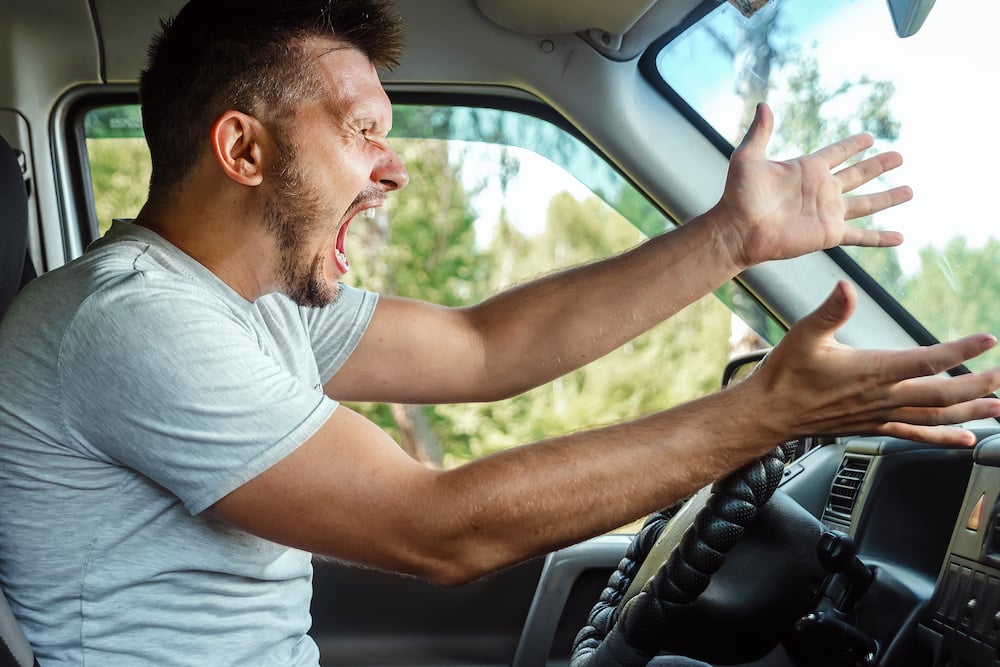 With thousands of people moving to Florida every year, roadways in the Sunshine State have become quite crowded. Unfortunately, all that traffic congestion can lead to aggressive driving behaviors which can quickly escalate to road rage. In fact, aggressive driving is a factor in nearly 55% of all fatal motor vehicle crashes, according to the AAA Foundation for Traffic Safety, and road rage episodes resulted in about 30 deaths and 1,800 injuries per year.

What Is Aggressive Driving?

You may know aggressive driving when you see it, but putting it into words can be difficult. The legal definition of aggressive driving is spelled out by the National Highway Traffic Safety Administration (NHTSA). It defines aggressive driving as “the behavior of an individual who commits a combination of moving traffic offenses so as to endanger other persons or property."

What is the Difference Between Aggressive Driving and Road Rage?

Road rage is a form of aggressive driving, but not all aggressive driving escalates into road rage. When a situation leads to road rage, it can become a criminal offense that can lead to jail time. Road rage is considered extreme and deliberate unsafe driving that poses an immediate and significant risk to property or another person. Road rage can include excessive honking and flashing of headlights, as well as rude gestures. It can also escalate to basically “using your vehicle as a weapon,” such a dueling another vehicle in a reckless chase or nudging the bumper of another car to get them to move forward or out of the way. In the worst-case scenario, a driver may brandish an actual weapon, leading to a road rage shooting. In fact, Florida is the top-ranking state for road rage shootings.

Unfortunately, incidents of road rage are increasing. Here’s a look at some eye-opening statistics on road rage.

What You Should Do When Confronted with an Aggressive Driver

Month and day also factor in. Unsurprisingly, road rage incidents happen during the hottest months: July and August. Incidents are also more likely to happen toward the end of the week and between 4 p.m. and 7 p.m., coinciding with peak commute hours.

Involved in an Accident with an Aggressive Driver?

Have you or a loved one been involved in an accident caused by an aggressive driver? Contact Lowman Law Firm for expert help. Lowman Law Firm’s attorneys bring their skills, experience, and compassion to every auto accident injury case. Our auto accident attorneys serve all of Florida, with offices in Citrus County, Hernando County, Hillsborough County, and Pasco County. Not able to come to us? We’ll come to you! We offer free home and hospital consultations. And, there’s never a fee until you win your case.