What Every Floridian Should Know About Hurricane Scams 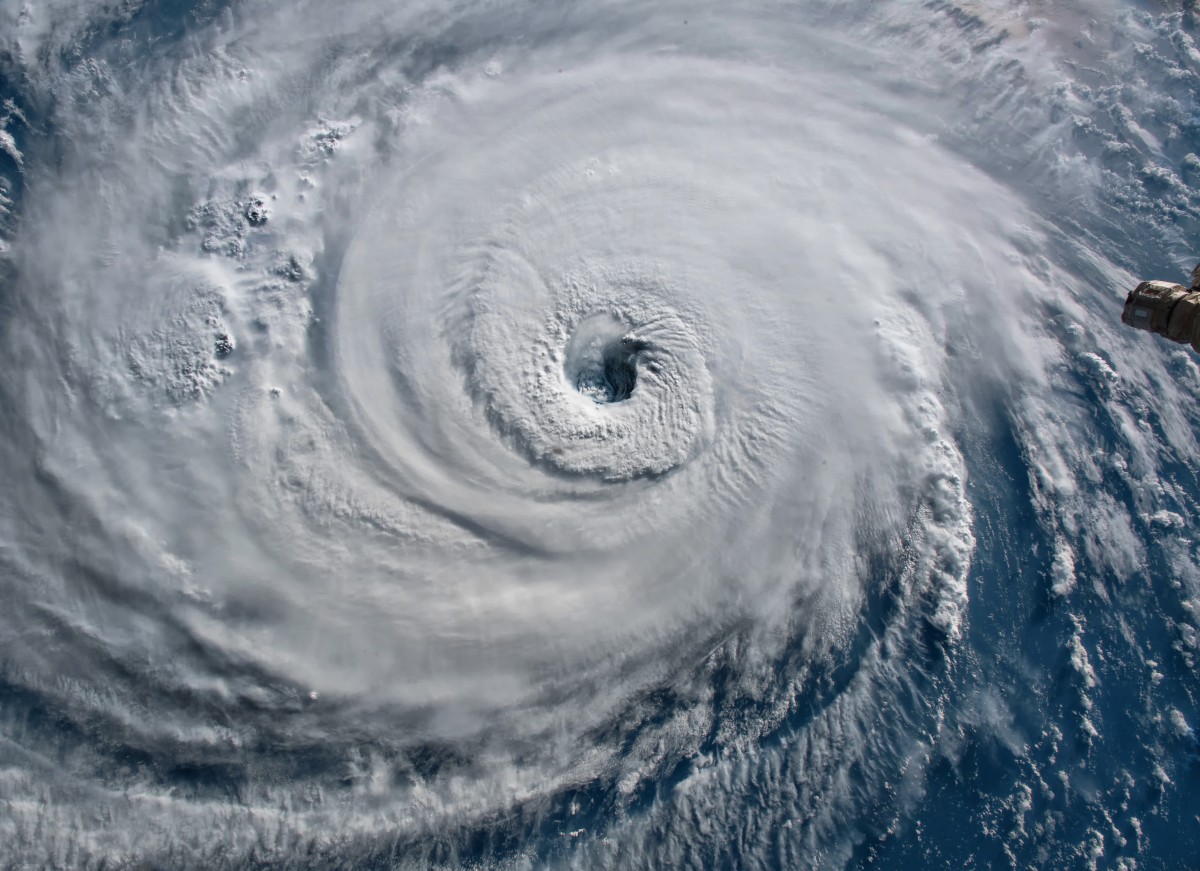 There are few things more iconic to Florida than alligators, oranges, and hurricanes. All Floridians must brace for the rainy hurricane season that runs every year from about June to the end of November, although storms sometimes hit outside those dates.

Floridians need to have their eyes peeled for more than just hurricanes this storm season, however. Months full of hurricanes also means it’s going to be a busy season for scam artists looking to make a quick buck from storm victims and those wanting to help. “We’ve seen it after every significant disaster, and we don’t expect anything different [now],” says Frank Scafidi, spokesman for the nonprofit National Insurance Crime Bureau.

So, how do we Floridians keep both ourselves and our property safe? Stay vigilant against these common hurricane related scams to be aware of before a storm hits.

What are Hurricane Scams?

When natural disasters strike, so do scammers. Severe weather conditions can create opportunities for scams that target vulnerable people or those with charitable intentions.

Hurricane scams can be found in the form of email, mail, phone calls, text messages, or even door-to-door interactions in areas following a hurricane or severe storm. For instance, FEMA issued an alert to Texans in the wake of Tropical Storm Imelda in 2019 after reports of hurricane scam attempts such as fake offers of federal aid, phone calls for disaster donations, and fraudulent housing inspectors.

To avoid being a victim of con artists, it’s important to be aware of hurricane scams and take preventative measures to protect your property in the wake of a storm.

Common Hurricane Scams to be Watch For

Dealing with the aftermath of a hurricane or natural disaster is not an easy task. Be wary of con artists and unlicensed contractors who guarantee a quick repair or debris removal. The promise of a quick clean-up may be attractive, but many scammers demand upfront payment without doing the work or quote heavily inflated prices.

Before you hire anyone to clean, ask for IDs, proof of insurance, or references to make sure they are legitimate. Some people may advertise their repair services, but lack the necessary skills to complete the job. Check their background with state or local consumer protection officers for any registered complaints before anyone starts work.

The Better Business Bureau reports that this is the most common type of scam when dealing with contractors in the aftermath of a storm. It may sound legitimate: a contractor explaining that he or she needs a large percentage of the payment in advance to cover the costs of supplies and equipment. However, some contractors have been known to vanish once they’ve received their upfront payment or perform substandard work. To protect yourself, a good rule of thumb is to not pay any money before the work is done; if you do, a reputable contractor should never ask for more than $1,000 or 10% of the total job. Also, accept no verbal offers; instead, get a written contract detailing the work that will be done, the materials that will be used, and the price of labor and materials.

If you can afford to wait for repairs to begin, it’s also a good idea to get at least three bids from companies you’ve investigated to make sure they are legitimate. And always beware of anyone who knocks on your door after a storm and offers his or her services; this is not how reputable contractors get new business.

Misusing an Assignment of Benefits Contract

An Assignment of Benefits (AOB) is a document that gives a third party the power to act on behalf of an insurance policyholder; basically, the AOB lets them "stand" in for the insured and seek direct payment from the insurance company. According to the Florida Office of Insurance Regulation (OIR), this document can be given to a number of contractors, such as a water extraction company, roofer, or plumber. It has become prevalent in water and roof claims in the Sunshine State and others. But while this may sound like a way to simplify the repair process and save time, it could also be a scam. Once you assign your AOB to a contractor, that person will have knowledge of how much your insurance is willing to pay for particular repairs. This can result in more frequent and severe claims as unscrupulous contractors pad their bills. A 2016 OIR study found that claims using an AOB have a much higher severity rate than claims without one, and the frequency and severity of water claims have risen since 2010. Frequency increased by 46% and severity by 28%.

Many people need to temporarily relocate after a natural disaster due to damage to their home. Con artists take advantage of this situation by posting phony rental listings for people desperate to find a place to stay. Steer away from people who ask you security deposits or rent before you’ve signed a lease or even met.

Some rental listing scams even hijack a real rental listing but change the contact information and post the ad on other sites. The modified ad may even name the original poster of the ad. Be savvy when searching for a rental location. Scam artists try to lure unsuspected renters with the promise of a low price and great amenities. If something seems too good to be true, it probably is.

Social media can be used for good and bad, and scammers have learned how to use it for the latter to create phony victim funds. All it takes is a Facebook or Twitter page with a “charity” link to bilk do-gooders out of their money by infecting their computer with a malware download. Another tactic scammers use is phishing emails which show up in your inbox asking for donations. To be safe, never click on any links in emails or text messages from someone you don’t know (you should also be cautious of suspicious links from someone you do know as their email may have been hacked). Of course, we’re not trying to dissuade you from helping others; if you want to donate, visit the charity’s website directly by typing in the charity’s name in a browser instead of a link provided in an email. You can also help others non-financially by reporting any suspicious links or charities to the BBB’s Scam Tracker.

When disaster strikes, there are always heart-warming stories of complete strangers helping victims. That doesn’t mean you should let your guard down! A new scam involves robocalls telling storm victims that their insurance premiums are late and if they don’t send money immediately their homeowners and flood insurance will be canceled. “That is pure fraud. You should only be taking information from trusted sources,” Roy E. Wright, director of FEMA’s National Flood Insurance Program. If you receive one of these robocalls, hang up and contact your insurance agent directly regarding payments of premiums.

FEMA also warns of fake job offers circulating on social media in the aftermath of a storm. The FEMA scam will state that FEMA is hiring approximately 1,000 people and offering $2,000 a week for 90 days. In an effort to appear legitimate, the post will mention that those with felonies will not be considered, and an 888 phone number is usually included. It can be confusing, because often FEMA is hiring field inspectors following storms. However, FEMA says that this offer is always a fraud and that anyone who wants to work for the agency should visit the official website.

Ways to Protect Your Property During a Hurricane

While you can take measures to avoid hurricane scams, it’s much harder to avoid the devastating effects of hurricanes. During storms, winds can exceed over 155 miles per hour with torrential rainfall. When preparing for a hurricane, there are some measures homeowners can take to lessen the damage.

Board Up All Windows & Doors

Plywood is a cheap and effective way to combat the heavy winds, rain, or flying debris that can break your windows. Or, board up your windows with storm shutters. Broken windows exposes your home to the elements and can help prevent theft in the wake of a hurricane. Doors should also be secured in every part of the home since hurricane winds can affect all directions.

Your trees may be a beloved feature of your landscaping, but they can also become deadly projectiles in a hurricane. Make sure you trim your trees or bushes of any dead branches or you run the (expensive) risk of broken limbs damaging your house or your neighbor’s home during the hurricane.

Loose tiles can become projectiles in hurricane-force winds. Bolt down any loose tiles to make sure they are secure before the storm hits. Also, seal any areas where water can potentially enter your home. Doing so will reduce the chance of water damage during the hurricane.

Either tie down outside furniture or bring in objects inside that can easily become a dangerous projectile in hurricane winds. These include potted plants, garbage bins, toys, garden tools, etc.

If your property is at risk of floodwaters, make sure to secure it with sandbags. Rainfall and storm surges can cause catastrophic flooding during hurricanes so take the necessary precautions to reduce water damage.

What are the Hurricane Laws in Florida?

During a hurricane, states may declare emergency curfews in response to the crisis. This curfew bans pedestrians from walking or biking outside of their own property and forces businesses to close. These measures allow fire, police, and hospital services to continue operating during a natural disaster while ensuring other citizens take the proper measures to stay safe.

Additionally, looting is a crime in most situations and thieves looting your property after a hurricane can be arrested for stealing.

Florida does have specific laws about hurricane insurance, however. The Florida House Bill 7065 went into effect on July 1, 2019 and states that a residential prosperity covering a risk value at under $500,000 may not have a hurricane deductible more than 10 percent of the policy selling limits, unless certain conditions are met. The law makes it harder for contractors to collect on AOB agreements by increasing the claimant’s evidentiary standards, shifting some of the burden of proof from the insurance company to the contractor. Previously, a contractor could bring a lawsuit against the claimant’s insurance company without the claimant realizing their name was being used.

Though this new law is aimed to protect policyholder’s from such a situation, homeowners can still fall victim to hurricane scams if they are not careful. It’s truly sad that today, scammers are taking advantage of storm victims who’ve possibly lost everything, including loved ones. The team at Lowman Law Firm wanted to keep our fellow Floridians aware of these scams so you can remain vigilant. Don’t let them make a bad situation worse.