Do I Need to Secure My Dog While Driving in Florida? 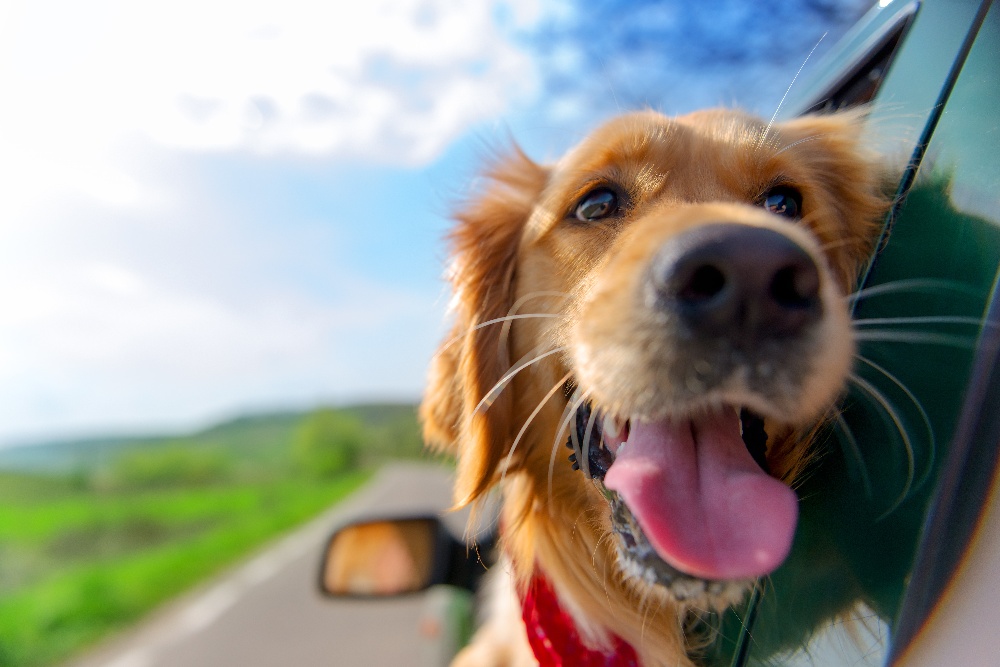 Most of us would never think about getting behind the wheel with our baby or young child unsecured, however, most of us don’t think twice about leaving our dog or any other pet completely untethered while driving. It’s not that we don’t care about our pets, it’s more likely that we simply don’t think of what may happen to them in an accident, and there is very little media awareness. But that raises another question: is it illegal to drive with an unrestrained animal, just as it is with an unrestrained child?

The short answer is no, it is not illegal to drive in Florida with your pet unrestrained—it’s not even illegal to drive with them in a truck flatbed. In fact, Florida laws against distracted driving do not mention pets at all. But should they?

4 Reasons Why You Should Restrain Your Pet While Driving

1. Pets can be a distraction.

While there isn’t much data to support it, it’s not unreasonable to think that a pet could easily become a distraction, causing you to crash and hurting yourself, your pet, or someone else. This recent Auto Blog story highlights a number of accidents in which a loose pet is the suspected cause of the crash.

2. Pets can become a projectile.

An American Automobile Association (AAA) report reveals that a loose 10-pound dog in a crash at a low speed of just 30 mph will exert approximately 300 pounds of pressure; an unrestrained 80-pound dog in a crash at that same speed will exert roughly 2,400 pounds of pressure. Consider the damage that could do to your pet, or to you, in the event of an accident that sends your companion airborne.

Some people hold smaller animals in their lap while driving, thinking they can protect them by holding them tight in the event of an accident. But something else may happen upon impact—the airbag goes off. The impact of a deployed airbag can kill a pet; it’s the same rationale for keeping babies and young children in the backseat.

4. Pets may run into danger.

Following an accident, a scared and possibly injured dog may panic and flee the wreck—running straight into traffic. While the accident may not take the dog’s life, it may inadvertently cause their death.

While some states are passing laws banning dogs from the front seat, truck beds, or from hanging their head out the window, only one state has a law specific to wearing a harness: Hawaii. The fiftieth state explicitly forbids driving with a loose dog (a $57 fine) or with a dog in the lap (a $97 fine). Of course, some states may be able to ticket drivers driving with unrestrained pets under another offense, such as distracted driving or driving with an obstructed view if the pet is in the driver’s lap. This Orvis blog post has a handy interactive map to help you view laws by state.

So will restraint laws be coming to Florida? It’s unlikely. Many states have proposed laws over the years, only to have them withdrawn or swept aside as “non-priorities.” In 2017, North Carolina state Rep. Garland Pierce filed a bill that would have imposed a $100 fine for driving with an animal in your lap. The result was a deluge of complaints from angry dog owners. "The public outcry was unreal," Pierce said. “I got ridiculed. I got beat up bad." Pierce withdrew the bill a week later.

Choosing a Pet Harness When Driving

Does all of this have you thinking of purchasing a harness for when you and Fido hit the road? It’s important to remember that not all harnesses or restraints are created equal, and there are a lot of low-quality products on the market making false claims. One organization that actually performs crash tests using life-like and weighted “crash test doggies” is the Center for Pet Safety (CPS). In this video, produced by CPS and Subaru, you can see that many harnesses and restraints simply do not pass muster. However, the CPS site currently lists three crash test-certified harnesses, and by clicking on each you can view the successful crash demonstration. You’ll also find the list of CPS certification requirements on this page and the certification logo to look for on approved products.

At Lowman Law Firm, we understand that cruising while our dog hangs their head out the window can seem like the ultimate sign of canine companionship. But, we don’t want to lose our companion, either. Your dog will be just as happy traveling as a secure passenger; ultimately, they just want to be with you! So consider strapping them in on your next road trip, and be safe wherever you and your best friend roam.