How Punitive Damages Work With A Personal Injury Case 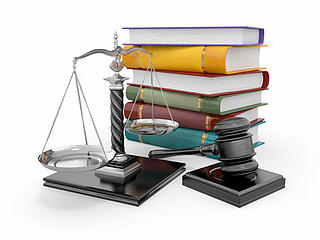 These are damages that are awarded to a plaintiff in a case for injuries brought about as a result of the actions of the defendant: lost wages, hospital bills, property damage, mental anguish, loss of friends, pain and suffering, etc. The main goal of compensatory damages is to return the victim to their situation in life before the injury occurred.

Where compensatory damages are seen as a mere indemnity for a wrongful act committed, punitive damages, are added to compensatory damages as extra punishment. Ordering the defendant to pay these damages makes an example out of them, and aims at deterring them from ever committing the act again. It is very rare that the court give out punitive damages - they are ordered in only two percent of civil trials.

Punitive damages were first recognized in England in 1763, and were adopted by the colonies in America almost immediately. By 1850, punitive damages had become a well-established part of civil law.

Harmful Intent Vs. Negligence in A Personal Injury Case

In many personal injury cases, the defendant is careless, apathetic, and negligent - whatever words you'd like to use. What they're often not though, is intentionally malicious. When they are, punitive damages are sometimes issued as a justified punishment.

How Much In Punitive Damages Can The Defendant Be Ordered To Pay?

There's no maximum dollar amount a defendant might be ordered to pay in a personal injury case (but the median amount is between $38,000 and $50,000), and this subject is actually highly controversial. Judges and juries have long ordered outrageously high punitive damage amounts, and the Supreme Court has made several decisions in response to this.

For several cases, the Supreme Court has said that a 4:1 ratio between punitive and compensatory damages does not align properly with the constitution, and that a ratio of 10:1 or higher, is almost certainly unconstitutional.

In the case of Liebeck v. McDonald's Restaurants, an elderly woman spilled McDonald's coffee in her lap, which resulted in severe burns in the area. When the company refused to pay her requested $20,000 for her medical bills and suffering, she sued them. Although Liebeck only ended up receiving $160,000 in compensatory damages, she received an impressive $480,000 in punitive damages. The case is often criticized for the high amount of punitive damages awarded.

Other Factors In Determining Punitive Damages

If it can be shown pretty thoroughly that the defendant acted particularly maliciously, it would justify a higher award to the plaintiff. For instance, if it could be shown that a store owner not simply forgot to put salt down in front of his storefront on a winter's day, but got out his hose and sprayed the sidewalk with water, with the intention that one of his guests slip on the resulting ice, a higher damage away might be issued in this personal injury case.

It's also important to note that lawsuits don't occur in a vacuum. If you're going through a case, chances are, there are records of countless cases very similar to yours. In which case, the judge will examine the punitive damages awarded in these cases and make a determination about how to proceed with your amount, from there.

Even though the defendant may have been significantly malicious in causing your injury, and the pain and suffering that accompany it, they still have rights in the trial. Regarding damages, one of these rights is that they are entitled to a fair notice as to the amount of punitive damages, and the conduct they committed in order to bring about the particular award amount.

What Proponents Say About Punitive Damages

Supports of this mandate believe that having to pay punitive damages will make the defendant much less likely to commit the wrongful act again. Everyone knows that it's not a perfect world, and law enforcement / the justice system isn't able to catch and punish everyone who has committed a similar act. So, by issuing punitive damages to the individuals they ARE able to punish, it advertises the punishment of the crime, and in theory, it deters society in general from taking part in such actions.

Other advocates of punitive damages also say that although the plaintiff might receive compensatory damages for the harm inflicted on them, many of their other losses (like grief and emotional stress), are not compensated under the regulations of compensatory damage liability. So, according to its supporters, punitive damages do, much of the time, justly compensates the plaintiff, and makes them whole again.

What Critics Say About Punitive Damages

Many critics of punitive damages claim that asking them to pay out these large sums is unjust and not at all positive for society. They say that the plaintiff ought to meet a higher Burden of Proof, than a mere "preponderance of the evidence," which is the usual standard in a civil trial. Some states have actually followed suit on this, mandating that "clear and convincing evidence," (a higher burden of proof) be used by a jury in deciding whether or not to issue punitive damages.

Another criticism of punitive damages is the ambiguity of the standards for determining the defendant's liability, and for calculating the award itself. This vagueness causes the jury to make their decisions on emotion and prejudice, rather than on the pure rationality of the law. What might be considered "intentional" (for instance), to one jury, or one person on a jury, might be considered unintentional by another. Many states have claimed their to be no objective standard here, and have asked juries to issue written reasons for why the award was or was not deserved, in reference to legal standards.

Finally, because punitive damages aren't seen as a compensation for anything, nobody is justly benefiting from them. Since compensatory damages are to be seen as a just payoff for the harm committed against the plaintiff, many critics argue that paying these damages are wholly sufficient. In the end, the public receives no benefit from punitive damages, and according to its critics, the plaintiff is being unjustly rewarded. Critics have advised that at least a portion of a punitive damages payment ought to be paid to the state, in order to result in some public good.