You Hit Another Driver Who Has the Same Insurance: Now What? 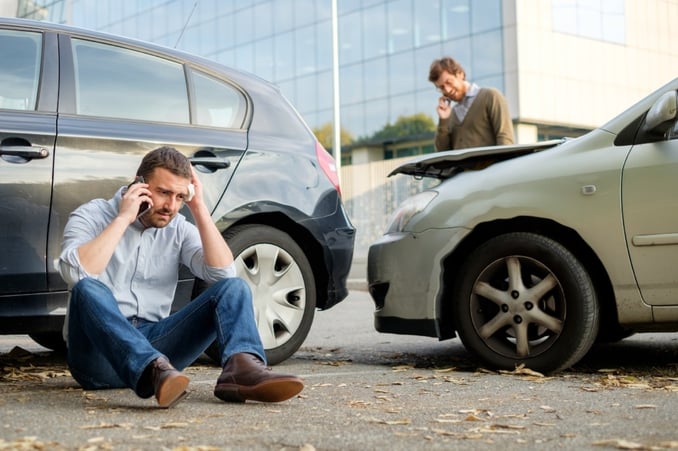 Not only did your individual worlds collide—literally—but it just so happens you each share the same insurance company.

While an accident involving drivers with the same insurance provider may not be fate, it certainly raises a few less existential questions:

Do I file my claim in the same manner? And if I do, surely this will speed up the settlement process, right?

Not so fast, Speed Racer.

When two drivers are both customers of one insurance company, most providers go about handling the situation just as they would any other accident—with a few notable exceptions.

Normally, the insurance provider only has to send out one adjuster to evaluate one claim. In the event that both parties are customers, they send out two adjusters to avoid any conflict of interest. Each adjustor evaluates each claim and potential liability independent of one another, and then report their discoveries back to each other.

If the findings are complementary and it is determined that the fault lies with one driver, the adjuster assigned to this individual will process the claim and go about providing necessary compensation to the other party.

If the findings don’t coincide, each adjuster will work autonomously on the claim assigned to them. Again, nothing out of the norm here.

One thing that is almost a guarantee, however, is that auto claims involving the same insurance company will never have their day in court. Because each adjuster works for the same company, they aren’t likely to take legal action against the opposing party; instead, they will come to a mutual agreement that satisfies the needs of both parties. That could be a pro or a con, depending on your situation.

A few potential benefits when both parties involved in an accident have the same insurance:

Unfortunately, not everyone operates ethically, and not all adjusters have your best interests in mind. Rather than operate as if they are agents from separate companies, the adjusters may work together in an effort to put the matter to rest quickly and ensure their bottom line. In doing so, you may unknowingly accept unreasonable compensation.

It’s also possible that an insurance company could send just one adjuster to handle the case of two customers. This opens the door wide open for complications, conflicts of interest, and potential bias.

If you feel you’re being treated unfairly or not receiving the compensation you deserve, or if your insurance company refuses to deploy two agents to handle the claims separately, you should consult with an experienced auto accident attorney immediately. Lowman Law Firm is always here to help.