What is the Normal Length of Time for a Personal Injury Lawsuit?

The answer depends on a few significant factors, but it’s pretty common for a personal injury suit to take one or two years or more. There are many variables that can cause one personal injury lawsuit to take more or less time than another, including:

How Long It Takes You to Recover from Your Injuries 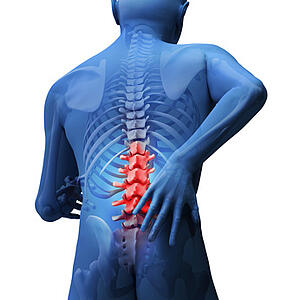 Most lawyers won’t want to file a lawsuit until you’ve reached what they call your point of maximum medical improvement (MMI). This is the point where you’ve completed your major medical treatment and have recovered as much as you’ll be able to.

This is because until you’ve completed your treatment, the lawyer won’t know for certain what the full extent of the damages are. This could lead to the jury undervaluing your case in a lawsuit, and you not getting the full reparations to which you’re entitled.

So, in most cases, it’s better to wait until you’ve completed your treatment and have the total medical bill on record before filing suit.

However, you may not be able to afford to wait until you’re fully recovered to file a suit. If you’re in dire financial straits, then the filing of the lawsuit may be rushed ahead of when you finish your medical treatment.

Florida has a particularly strong reputation for being overloaded with lawsuits—this is one of the reasons why Florida adopted a “no fault” policy for resolving auto accident injury claims.

The more overloaded the State’s judiciary system is at the time your lawsuit is filed, the longer it will take for the State to get around to completing all of the necessary steps to move your case to trial.

How Much Evidence You Have 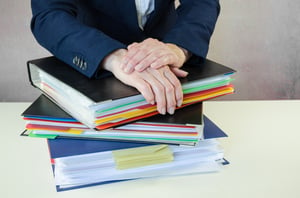 Before you move to start a lawsuit against anyone, it’s important to have the evidence necessary to back up your claims and to refute any claims made by the other party regarding your own culpability in your injuries.

Stronger evidence can help your lawyer achieve better results faster. If your evidence is overwhelmingly powerful, it can motivate the other party to reach a satisfactory settlement agreement.

On the other hand, a lack of evidence about your case can reduce things to a basic argument of your word vs. the other party’s word. If you don’t have the evidence necessary to prove your damages and the other party’s responsibility for them, your odds of getting a favorable resolution go down, and mediation will take longer.

The actions of the other party in your lawsuit can have an enormous impact on how quickly your lawsuit is resolved.

Sometimes, the other party may simply want to resolve the matter as quickly as possible, pushing for a fast settlement before the case can go to mediation or trial. Other parties may want to bring their case before a judge and jury.

There are several reasons why the other party may want to hold out for a trial instead of resolving the matter through a settlement or mediation:

Just because a trial date has been set doesn’t mean that the trial will occur on that exact day. Delays occur all of the time because of random events.

For example, the judge scheduled to hear your case might get sick, and have to reschedule your case or reassign it to another judge in the pool. Or, another trial may run past its scheduled time and delay other cases from being heard.

These random events can delay your trial process by a few days, but rarely much longer than that.

Depending on how long it takes you to finish your medical treatment, the evidence you have, the temperament of the other party, and innumerable random events, your personal injury lawsuit can take 1, 2, or more years to go to trial and resolve one way or another.

Knowing why these delays may occur is critical in preparing for your injury suit. With any lawsuit, it can take time to resolve the case, and even longer to start receiving the compensation you’re owed.

Get started by finding an experienced personal injury lawyer who can help you file your claim, organize your evidence, and negotiate with the other party’s legal counsel so you can focus on recovery.