Tailgating in Florida: What the Law Says About Following Too Closely 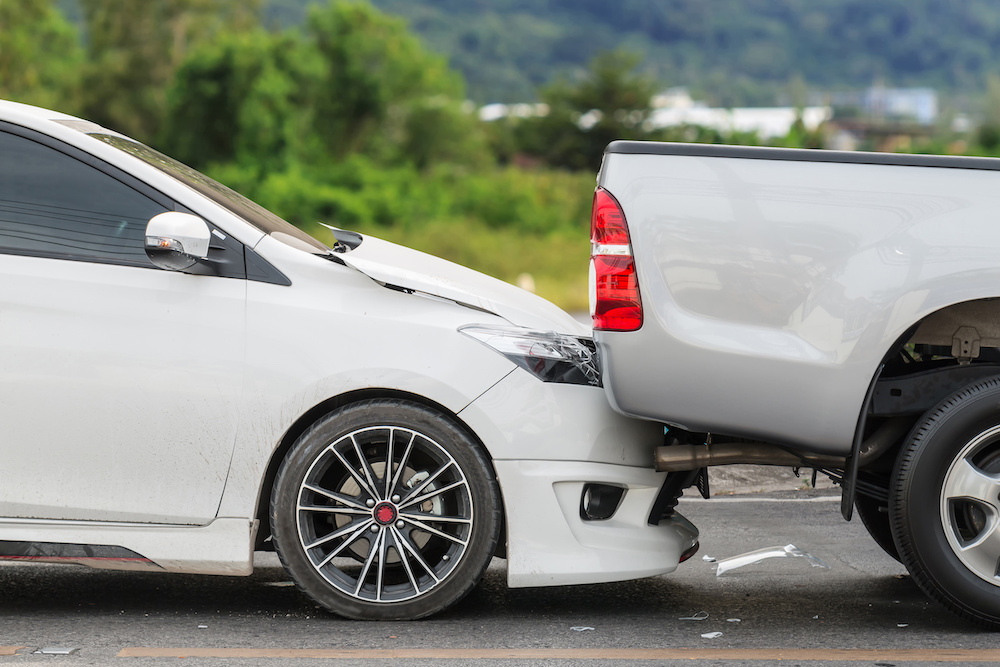 Although every driver learns that tailgating, loosely defined as following too closely behind another vehicle, is unsafe at best and reckless at worse, it’s pretty easy to find examples of it during a typical commute.

According to a Michelin survey, almost 75% of drivers say they’ve been tailgated by another vehicle sometime within the last six months. Curiously, however, only 11% of those respondents admit to having tailgated someone themselves.

While it’s easy to accuse these people of not being honest about their driving habits, the fact that nearly half of them also admitted to not knowing the recommended safe driving distance demonstrates just how much confusion exists around the subject of tailgating.

So what does Florida law say about tailgating?

Florida statutes (and those of most states) don’t actually use the term “tailgating.” But that doesn’t mean the law doesn’t cover the topic. Florida Statute 316.0895 lays out what it means to follow another vehicle too closely:

“The driver of a motor vehicle shall not follow another vehicle more closely than is reasonable and prudent, having due regard for the speed of such vehicles and the traffic upon, and the condition of, the highway.”

The law does not specifically lay out a definition of what is “reasonable and prudent.” A common “rule of thumb” used by many drivers is the three-second rule, which holds that following three seconds behind the vehicle in front of them will generally provide sufficient stopping distance at any speed.

Unfortunately, the three-second rule is not always a good measure for calculating how much distance is needed to stop suddenly. That’s because the stopping distance of a vehicle is a far more complex calculation than many people realize. Aside from the pure physics of bringing a speeding vehicle to a halt, the biggest problem has to do with reaction time. When a vehicle hits its brakes, the driver following behind it must first recognize the vehicle is braking and then respond by applying their own brakes. Only then does the actual braking distance of the vehicle come into play, which is in turn affected by road conditions.

At high speeds, the driver’s perception and reaction time are critical because the vehicle will cover more distance before they begin braking. This delay partially explains why higher speed limits have been linked to as much as a nine percent increase in road fatalities.

How is Tailgating Determined Legally?

In the eyes of the courts, tailgating generally falls under the category of reckless driving. Since the statute is broadly written, law enforcement officers have substantial latitude when it comes to issuing a citation. Oftentimes, tailgating is listed as the cause of an accident, which could prove significant when determining fault or insurance liability.

However, a driver can easily be pulled over and issued a ticket for tailgating even if an accident did not occur. There are typically two criteria that must be present to justify a moving violation involving tailgating:

Because there is so much subjectivity involved here, it is often possible to have a tailgating ticket dismissed. If the driver can demonstrate that there were extenuating circumstances involved, such as another car pulling in front of them before they could reestablish a safe stopping distance, they may be able to avoid being fined or accumulating points on their license.

On the other hand, if a tailgating driver was responsible for an accident, they could face additional liabilities. Following too closely behind another vehicle could not only be a sign of aggressive driving, but also an indication of distraction. A recent AAA study, for instance, found texting while driving made people seven times more likely to cause a rear-end collision.

Tailgating and aggressive driving are commonly associated with urban areas they happen in more rural areas as well. 2022 Data from the Florida Department of Highway Safety and Motor Vehicles shows the total number of accidents, fatalities, and injuries for all Florida counties. Here's a look at four counties where Lowman Law Firm has offices.

Today, municipalities are introducing technology to help combat tailgating and reduce the number of car accidents. For example, Tampa police now use lasers that measure the distance between cars to provide more concrete evidence of tailgating in court.

The same report noted that more than 25,000 drivers were cited for following too closely in Florida in a one-year period, a violation that incurs a fine and three points on your driver's license.

Tailgating often leads to rear-end collisions, which are the most frequent type of road accident. In fact, roughly 1.7 million rear-end collisions take place in the United States each year. Of these nearly 2 million accidents, about 1,700 people die and another 500,000 are injured in the crashes.

Of course, some rear-end collisions, especially at slow speeds, may seem minor. When these occur, people often assume that if they aren’t feeling immediate pain resulting from a car accident, then they aren’t injured; however, this couldn’t be further from the truth. Connective tissue injury symptoms can often have a delayed reaction. Even if you don’t feel any pain at the scene of the accident, you should go to a local clinic or hospital to get checked out and learn if you have sustained any injuries. Read more in our blog on rear-end injuries.

If you’ve been the victim of a rear-end collision where tailgating was involved, you need the right team in your corner to make sure you receive the justice you deserve. The attorneys at Lowman Law Firm can help you navigate the complex challenges of the legal system to ensure your rights are protected.

Our auto accident attorneys serve all of Florida, with offices in Citrus County, Hernando County, Hillsborough County, and Pasco County. Not able to come to us? We’ll come to you! We offer free home and hospital consultations. And, there’s never a fee until you win your case.