Safe Driving: 5 Tips for Sharing the Road with Buses and Trucks 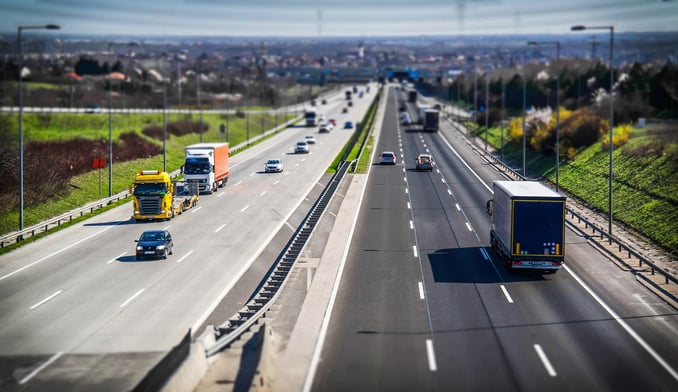 Citrus County, and the area in and around Inverness in particular, sees more than its fair share of vehicular accidents. One of the major issues with accidents in Inverness is that they often involve large, commercial-class vehicles such as semi-trucks and buses.

In many cases, accidents involving large commercial vehicles are not the fault of the truck/bus driver—it’s the driver of the smaller passenger vehicle that’s determined to be “at fault.” According to data from the Federal Highway Administration, in truck-to-car accidents, “car drivers were assigned a contributing factor two to four times more often than were truck drivers in all crash types.”

Although Florida is a “no-fault” state, this statistic highlights a need for extra caution among car drivers—especially on narrow or difficult roadways with lots of large trucks and buses traveling them.

So, to help you drive safely around Inverness and Citrus County, here are a few tips for sharing the road with buses & trucks:

Large-class vehicles have larger blind spots than a passenger car or light truck would have. These blind spots (a.k.a. “no zones”) are a major contributing factor to truck-to-car collisions because the truck driver cannot see the passenger vehicle to avoid it.

A general rule of thumb to follow is to make sure that you can see the driver of the truck—if you cannot see their face in the cab or in the mirrors, they might not be able to see you.

Bus blind spots are similar to the ones experienced with large trucks. However, bus drivers have the added concern of dealing with passengers and are more likely to experience distraction.

Tip #2: Give Trucks and Buses Extra Room in Inclement Weather 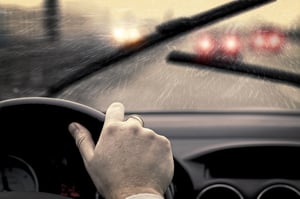 Trucks and buses alike have much larger wheel bases than cars do. In inclement weather, such as Florida’s frequent rain/thunder storms, the large wheels of these commercial class vehicles can kick up a large amount of water, mud, or road debris.

The debris kicked up by large vehicle wheels can quickly cover your windshield in water, mud, or worse; killing your visibility. This dramatically increases your risk of getting into an accident.

Additionally, wet or slick roads can cause a truck with a trailer to lose traction, reducing the driver’s ability to control the trailer’s path. This may lead to jackknifing on curved roads, or cause the trailer to drift out of lane.

In any case, it’s a good idea to give trucks a wide berth when the weather is bad.

When you see a truck or bus that’s ahead of you signaling to get into your lane, DON’T try to accelerate to cut them off. This increases your risk of getting into an accident and getting hurt.

Instead, allow the truck into your lane and give it the room it needs. If you must pass the truck, wait for it to finish changing lanes, and then change lanes yourself when it is safe to do so—preferably to the left of the truck if possible.

Tip #4: Be Mindful of the Larger Vehicle’s Increased Stopping Distance

You know the old tidbit from Isaac Newton about how “an object in motion tends to stay in motion, unless acted on by an outside force?” When dealing with big and heavy objects, such as trucks and buses, it takes more force and time to stop their motion.

While the average 4,000-lb. car traveling 55 mph might be able to stop within a distance of about 50 to 60 yards, an 80,000-lb. truck or 33,000+ lb. bus is going to need significantly more room to stop. According to a csva.org report, the stopping distance needed for a truck is “91 percent longer than that of a passenger car.”

Whipping around the front end of a large truck or bus is a dangerous proposition. One, if you’re too close, the driver won’t be able to see you. Two, if there’s a stop within the next 140-160 yards, the truck might not be able to stop fast enough to avoid hitting your vehicle.

Tip #5: Watch Out for Larger Vehicles Making a Turn

Odds are that you’ve seen the warning on the back of a truck trailer or bus that says “this vehicle makes wide right turns” or something similar. Because of the length of a trailer/bus, these vehicles need some extra room to turn.

So, if you’re traveling next to a truck or bus on a rural road, keep an eye out for turn signals at intersections. If a truck is making a turn, give it a wide berth and let it complete its turn before making your own.

You may miss the light, but that’s better than getting sideswiped by a semi.

Additionally, if you’re in a lane to the left of a truck/bus making a right turn (or to the right when it’s making a left), keep an eye out for the back of the bus/trailer, as it may briefly cross into your traffic lane during a tighter turn.

It is our hope that these tips will help you stay safe when sharing the road with large, commercial class vehicles.