Only in Florida: Five Wackiest Stories of the Year (So Far)

Topics: Only in Florida 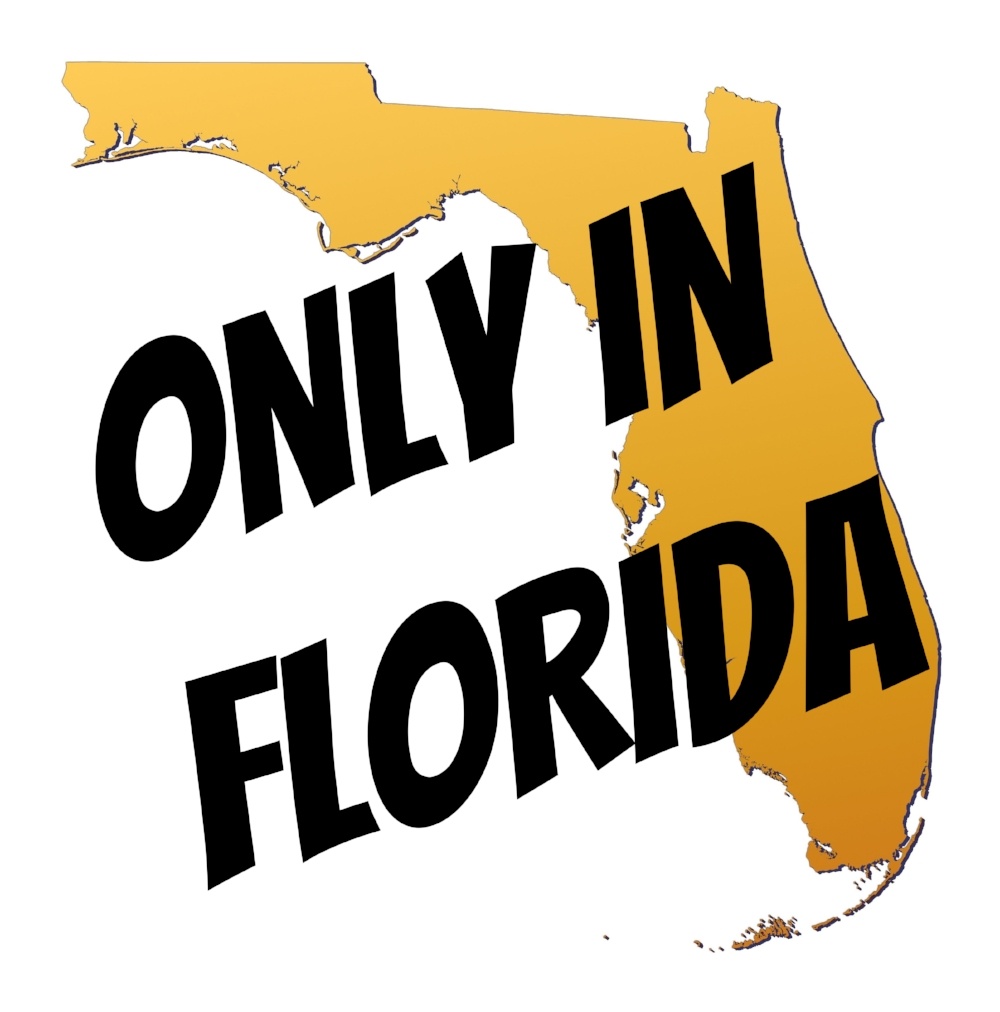 Why is it so many bizarre stories begin with “Florida man” or “Florida woman”? Let’s face it, Florida has its share of strange stories; people even joke that there must be “something in that Everglades water.” We’ve got it all, from drunk possums to mass chaos causing multiple injuries at a Girl Scouts’ cookie stand—and that was just last year. So let’s take a look at the five wackiest stories (so far) of 2018.

Karen Cooper gives new meaning to the term “tree hugger.” About a year ago, city officials began to make plan to remove a 100-year old giant ficus from Snell Family Park in Fort Myers to make room for numerous smaller geiger trees. Cooper began rallying the neighborhood in an attempt to save the tree; when that didn’t work, she “married” it. The waterfront nuptials included flowers, music, a tree-decorated wedding cake, and a dog for a ring bearer. Over fifty attendees watched as Cooper vowed to love and protect the tree. Following the wedding, the city seems to be backing away from plans to remove it, however it’s fate remains uncertain. “"If they cut down this tree, I’m going to be a widow," Cooper stated.

Florida Woman Blames Wind For Cocaine in Her Purse

She had to be high to think an excuse like this was going to work. Kennecia Posey, of Fort Pierce, was stopped by police for suspected DUI after she was spotted swerving in the roadway. When the officer approached the car, he distinctly smelled marijuana. During a search, the officer found both marijuana and cocaine inside Posey’s purse. Posey copped to the marijuana, but denied the cocaine was hers. "I don't know anything about any cocaine," Posey said according to the report. "It's a windy day. It must have flown through the window and into my purse."

When you’re hungry, you’re hungry. Especially if you’re Nelson Agosto. According to police, the 51-year old man was charged with misusing the emergency call line to complain about the portion size of his meal at Crabby’s Seafood Shack in Stuart, Florida. Particularly, he was upset over the size of the clams and told 911 he wasn’t going to pay for them. Dispatchers gave him a non-emergency number to call, but he called again, claiming to have forgotten the number. "I ordered something, and it was extremely so small," Agosto says in one of the now-released 911 recordings.

Poor Pebbles! Belen Aldecosea was boarding a flight back to her home in South Florida. Along for the ride? Her “emotional support” hamster, Pebbles. However, Spirit Airline employees refused to let her bring the hamster onboard, even though Aldecosea claims she called in advance to ensure Pebbles could take to the sky with her. With friends hours away and the flight about to depart, Aldecosea says Spirit employees suggested she flush Pebbles down the toilet. She did just that, but says it was a very anguished decision. "It was horrifying trying to put her in the toilet, I was emotional. I was crying,” Aldecosea told press. “I sat there for a good 10 minutes crying in the stall." Aldecosea is now considering filing a lawsuit against the airline.

Forget about baking contraband inside of a cake, the new way to make special deliveries to prison is by drone. Officials declined to name the institution in which the incident occurred, but confirmed that a Florida panhandle prison had two drone drops within the past month. One drop was spotted by officers, who uncovered a package containing a cell phone, charger, earbuds, and tobacco. The package was covered with dead grass clippings in an effort to camouflage it. "We’ve had two confirmed sightings this year, which doesn’t sound like a lot, but in years past, it was completely unheard of," said a Florida Department of Corrections spokesperson.

There you have it, our fives wackiest stories of 2018. Be sure to follow our blog, as we’ll keep you updated on more bizarre “only in Florida” stories as the year unfurls. At Lowman Law Firm, we’ve also heard our share of crazy stories—and we’d love to hear yours! Share in the comments below.