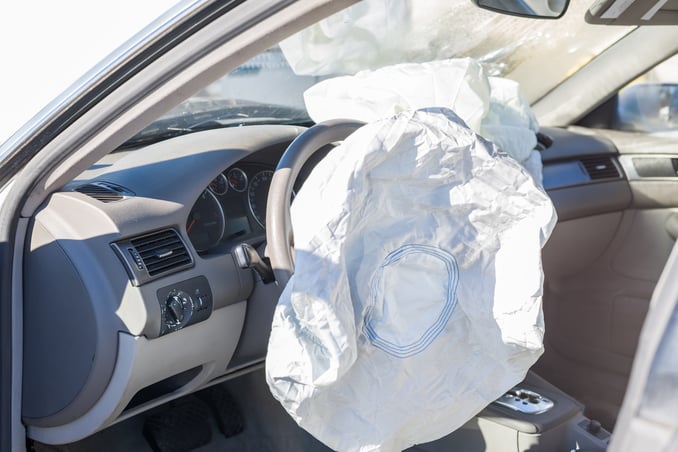 In September 2016, GM announced that it would recall more than 4 million vehicles. For years, the company was pressured to do so due to widespread complaints of faulty airbag sensors. The sensors, which were designed to indicate when to turn off and turn on the airbag, weren't operating correctly.

The sensors are required by federal law to protect children and adults who are under 110 lbs. The technology is designed to turn off the airbag if it detects a person under this weight, but to keep it on if a passenger is over 110 lbs. Unfortunately, this technology frequently malfunctioned and passengers across the country claimed they were injured as a result.

Owners of GM vehicles also claimed that in certain circumstances their airbags went into test mode, which turned off the airbags and may have made the seat belts less protective as well.

GM became aware of the problem back in 2014 when a Chevy Silverado was involved in an accident and the airbags failed to deploy. Around this time, 1 death and 3 injuries were linked to the software defect found in these air bag sensors.

Initially, GM claimed the air bag sensor problems could be the result of normal wear and tear, and the company argued that these issues are widespread in the industry. GM stood firm for a short time. They complained that they shouldn't have to recall their sensors if other companies don't have to do the same. GM ran a series of tests and tried to fix the issue, but ultimately they decided to recall the airbags in the fall of 2016.

In early 2016, a concerned citizen, Troy Lyman, wanted to do something about the airbag crisis. He noticed that GM wasn't acting fast enough to recall faulty airbag sensors in many of its car models, specifically in the Pontiac Solstice and Saturn Sky.

Lyman isn't an engineer or a mechanic, but for years he worked on cars in his free time. He looked into the airbag issue himself and sent a detailed 67-page report to the National Highway Traffic Safety Administration (NHTSA). The agency was impressed by the research and agreed to look into the issue.

The NHTSA and safety groups continued to pressure GM and, in the end, they agreed to recall the airbags in the Solstice and Sky models. GM issued a recall of 91,007 Saturn Sky convertibles and Pontiac Solstice models.

Due to a limited supply of resources, the 2009 Vibes will be replaced first. On 3/31/17, letters were sent out to registered car owners with instructions to contact their local dealerships to have their airbags replaced.

If you own a 2009 or 2010 Pontiac Vibe you don't have to wait until you receive a letter. You can contact your dealership today and ask what you need to do to replace your airbag. Don't hesitate, act now and do what you can to make your car as safe as possible for you and your family.

If you own a GM vehicle, find out if it's included in the airbag sensor recall. If it is, contact the Lowman Law Firm for assistance. The attorneys at Lowman Law Firm have years of experience in product liability cases, and they will fight for any damages incurred as a result of a faulty airbag.

GM is working to fix their mistakes, but it will take time. If you or a friend or family member has been in an accident or experienced damages due to a vehicle recall, contact Lowman Law Firm toll free at 866-9- LOWMAN or at 352-796-0016. You can also text the firm at 813-317-5927 or visit the website for more information.