5 Most Common Motorcycle Accident Injuries—and How to Prevent Them 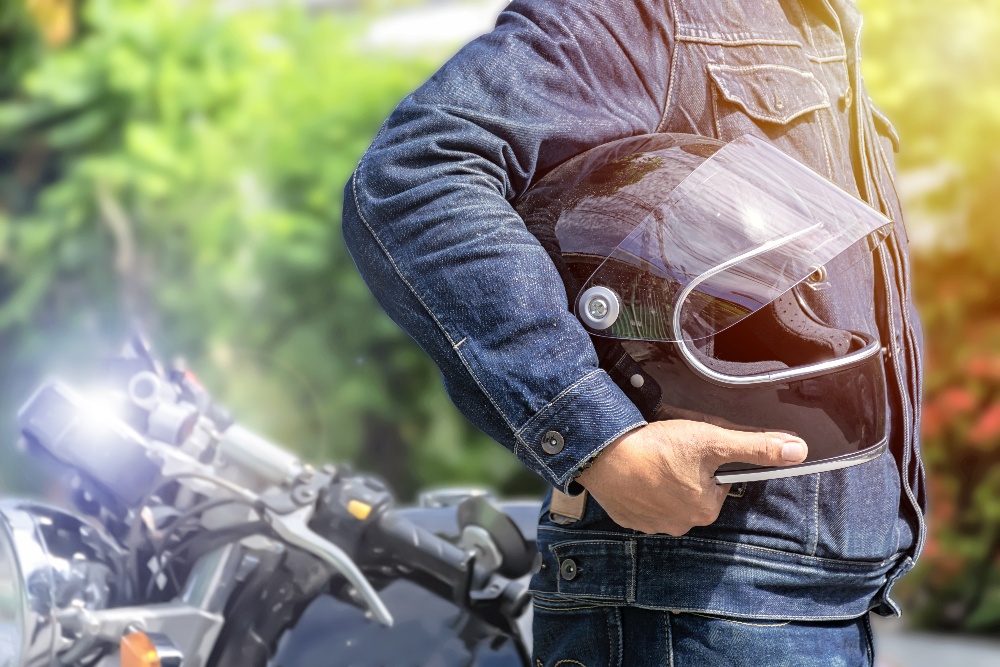 Motorcycles are steel horses that have long been a symbol for independence, toughness, and even rebellion. They’re also incredibly useful for getting around while consuming less gas than cars. However, these vehicles can also be very dangerous to their riders if they aren’t careful.

Motorcycle accidents are fairly common in the state of Florida, and can cause serious injuries to motorcyclists and their passengers. After all, motorcycles don’t have many of the same safety features cars come with (like crumple zones and air bags).

What injuries can a motorcycle crash cause? What causes motorcycle wrecks? More importantly, how can you avoid motorcycle injuries?

Here are a few motorcycle accident statistics and information to help you protect yourself from experiencing a severe motorcycle injury.

The National Highway Transportation and Safety Administration (NHTSA) maintains annual Traffic Safety Facts publications for various types of motor vehicles, including motorcycles. The most recent CrashStats data is from 2017, and provides data that may prove useful for avoiding a motorcycle accident today.

Here are some key statistics:

What Are the Top Causes of Motorcycle Accidents?

Based on NHTSA data, the top two factors involved in motorcycle accidents are speeding and alcohol use. Considering that over a third (35%) of all accidents occur at intersections, riders and/or car and truck drivers passing through intersections unsafely may be a contributing factor.

Another primary cause of motorcycle accidents that the NHTSA cites in their Anatomy of a Motorcycle Crash is “lack of experience or failure to appreciate the inherent operating characteristics and limitations of the motorcycle.” Mechanical failures, such as blown tires or brake failure, may also be a factor in some motorcycle crashes.

The 5 Most Common Motorcycle Accident Injuries

Injuries are extremely common in motorcycle accidents, even at low speeds. The five most common motorcycle injuries include:

A traumatic brain injury (TBI) from an impact to the head during a motorcycle accident may have long-lasting side effects. This includes seizures, difficulty thinking, sleep apnea, and a wide range of other issues depending on what part of the brain was damaged and how.

Road rash is an injury sustained when a rider slides sideways across the pavement following a wipeout or when they fly over the handlebars following an impact. If the rider's clothing is thin enough, the pavement scrapes through the layers of clothes, reaching to the skin underneath. This injury is not just a cut, scrape, or a simple bruise; it can lead to permanent damage such as skin irritations, infections, and even surface nerve damage.

Broken bones are very common during motorcycle crashes. Severe road rash, for example, may scrape away some layers of muscle during a post-crash slide. Or, a hard impact with the road or other vehicles may break bones. Some commonly-broken bones in motorcycle accidents include the skull, a rib, the collarbone, and any bone in the arms or legs.

Spinal cord injuries (SCIs) are also common in motorcycle accidents. Depending on the severity of the impact and where it occurred, a spinal injury may cause numbness below the injury site, or may result in complete paralysis in one or more regions of the body.

It is common for multiple muscles in a rider’s body to experience severe trauma during a motorcycle crash. Extreme road rash can scrape away layers of muscle, while hard impacts that break bones may also rupture surrounding muscular tissue.

How to Prevent Motorcycle Injuries

How can some of these common motorcycle injury types be avoided? While there will always be some risk of severe injury when riding, there are a few things that motorcyclists can do to minimize their risk:

The first piece of advice you usually hear is to wear a safety helmet. That’s for a good reason. According to the NHTSA, it’s estimated that “helmets saved the lives of 1,872 motorcyclists in 2017… for every 100 motorcycle riders killed in crashes while not wearing helmets, 37 of them could have been saved had all 100 worn helmets.”

A well-made helmet that absorbs the initial shock of hitting the road (or another vehicle) protects the skull from road rash and is well worth the expense. Additionally, using a helmet with a visor can protect a rider’s face from getting hit by road debris kicked up by other vehicles. Visors can also protect riders from getting pelted with flying insects—a must for Florida’s infamous love bug season!

One of the best ways to counter road rash is to wear thick clothing that can stand up to scraping along the ground better than your skin. Thick leather jackets, riding pants, and tough gloves aren’t only stylish, they can help keep your extremities safe during a motorcycle accident.

3: Check Your Motorcycle before Every Ride

This is a piece of advice straight from the NHTSA’s Motorcycle Safety page. Before any ride, it’s important to check the vehicle’s tire pressure, tread depth, lights, reflectors, fluid levels, and brakes. It may help to create a kind of pre-ride checklist that you can use prior to each ride so you know you aren’t forgetting anything.

4: NEVER Ride under the Influence of Alcohol

Because alcohol is a major contributing factor in motorcycle accidents, it is important to avoid drinking and riding whenever possible. Other drugs that may impair reaction time or judgement should also be avoided prior to a ride. If you take medications that may adversely affect your balance, judgement, or reaction speed, you should avoid riding a motorcycle.

5: Take the Time to Familiarize Yourself with a New Ride

Different motorcycles have different handling characteristics that may make it difficult to control them until the rider has a chance to adjust. So, after purchasing a new ride, it’s generally a good idea to ride it at low speeds in a safe space—such as an empty parking lot—before opening up the throttle on a major road.

Actions like speeding, trying to cut between two vehicles by riding the dividing line, and attempting stunts significantly increase the risk of getting into a motorcycle accident. Increased speed can also increase the severity of a crash when one does happen. To prevent accidents, it’s important to ride safely and obey traffic laws at all times. Ride with the flow of traffic, and avoid sudden movements that other drivers can’t anticipate.

What to Do if You’re Involved in a Motorcycle Accident

If you or a loved one is involved in a motorcycle crash, the most important thing is to seek immediate medical attention. Prompt medical care can make a massive difference for preventing infections and long-term disfigurement (or even death).

After getting stabilized, the next thing to do is to look for a motorcycle accident lawyer to help you protect your interests. An experienced Florida motorcycle accident attorney can help you file the paperwork you need to claim compensation if your accident was caused through the negligence of others.