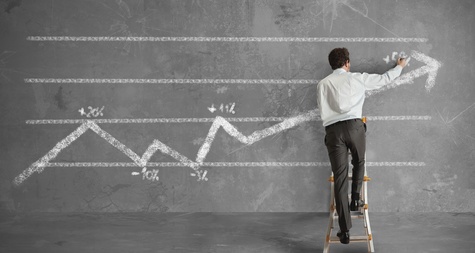 Hernando County, Florida is a beautiful place to live. We should know, we both live and maintain offices there. However, it's not without its downsides, and we'd like to let you know some of the statistics about Hernando County and what's going on with accidents.

We have data ranging back from 2009 through 1975, but we'll be focusing mostly on the last four years that we have available. The data, available from city-data.com, shows some interesting facts. They compare the fatal accident rates against the Florida average, and the results are quite surprising:

It's incredibly serene here in Hernando and it really is a beautiful place to live. But fatal accidents do occur at a higher rate than other places in Florida. And, if we move forward with the understanding that accidents not resulting in a fatality are more common than those that are, we can assume that the averages are higher for non-fatal accidents. (Unfortunately, those statistics aren't easily found.)

So, what do we make of that if you're living in Hernando County? Well, for one thing, it means that you'll need to be careful. This is true anywhere, as a little bit of prevention is worth more than a great amount of repair afterwards.

But What If I Am Hurt?

If you are hurt, then first of all we're sorry it happened to you. You're living in paradise and now you're stuck healing from an accident. It's not fun, and it's not easy to recover from the pain. However, knowing that it's slightly more likely to get injured doesn't make it better. Knowing what you can do is better.

Insurance helps. If you're not carrying insurance, it's worth it to do so. Insurance can help defray or eliminate the costs, and it's just a good idea to carry it.

Gathering evidence is, too. It's best to ensure that you've got all the evidence that you'll need to help with your case. Pictures, a written statement regarding the details, or a recording if you can't write but can speak. Anything that can help.

Don't talk to the other guy's insurance people. It's a bad idea and could end up losing you money in the long run. Don't give them any details about the accident, your actions, or even the other person's actions. They'll try to get details out of you to lower your award or eliminate it.

Whether it's common or not here in Hernando County, it's always a good idea if you've been involved in an accident to call a personal injury attorney who can help you. They know the ins and outs, and just how to talk to insurance people and figure out how best to represent you. Don't let the accident get to you!