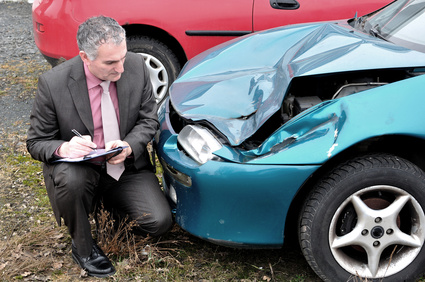 Car accidents are a terrible thing. For the witnesses, the dread of what occurred within each of the cars can be overwhelming—not to mention the feelings and pains of those involved in the accident!

You might be wondering, however, what does cause a car accident? There are plenty of reasons as to why someone might lose control of their car. The National Highway Traffic Safety Administration (NHTSA) has done multiple studies on automobile safety, and they’ve found some interesting statistics.

The Leading Cause of Accidents

The leading cause of crashes in the United States is distracted driving. Now, we’ve all heard the media’s use of texting while driving to illustrate these dangers—and that is dangerous!—but texting doesn’t top the list of distractions that cause the accidents. In fact, statistically speaking, you’re more in danger from reaching for the phone itself rather than texting. Both are dangerous, but texting gets the worst of it because of its link to teenaged drivers. The NHTSA actually gives a list of the distractions that cause accidents in their order of prevalence. They are:

This list is fairly comprehensive, and the results are surprising. Texting is beneath reading and writing (we’ve seen it on the roads. A novel behind the wheel!), putting makeup on, dialing, and eating. This isn’t to advocate texting and driving, mind you—it’s to advocate being more careful with your actions while you’re driving. Any of these reasons are more than enough to distract you for three seconds, which is enough to kill you or someone you love. All said: focus on the road. You’ll be glad that you did.

Driving Under The Influence of Exhaustion

Tired driving is another major issue. A lot of people won’t, under any circumstances, get behind the wheel after having an alcoholic beverage of any kind, but they’re more than willing to get behind the wheel while they’re tired—which is just as dangerous! Driving tired lowers your reaction time, your ability to focus on the road in front of you, and your ability to control your car. Driving tired might be (arguably) more legal, but it’s no better an idea than drinking a few pints before driving.

Speaking of alcohol, some people have made the mistake of driving after drinking. We’ve all heard the statistics and the warnings against driving under the influence, but it really is a silly idea. The aforementioned loss of ability thanks to alcohol means that you will not be as quick or able to avoid an accident, and it’s not just you that your drinking will affect. Others on the road who are more sober than you might suffer because of your choice. It’s a bad idea. Don’t do it.

This one seems more harmless. Who hasn’t driven 5, 10, or 15 miles over the speed limit before? Well, it may seem it, but speeding has a two-fold effect on the safety of driving. The faster that you’re moving, the less time that you have to react to oncoming obstacles and dangers. It’s the opposite effect of driving while intoxicated (or exhausted): instead of increasing the amount of time it takes for you to react, speeding lowers the amount of time you have to react to your surroundings. It’s no wonder then that it causes so many accidents.

This one’s the most actively harmful of all of these reasons in that to suffer in an accident from aggressive driving, someone (either you or the other driver) must choose, while behind the wheel, to impede or otherwise impact the other driver while driving. High-beaming someone who is moving too slow, speeding up, pulling in front of a driver and slamming on the brakes, as well as a myriad of other issues can all cause someone to lose control of their vehicle, and it does. Be careful out there!

And as always, remember that sometimes accidents are unavoidable. You can (and should) exercise as much caution as you can. Don’t drive tired or drunk, focus, or get overly mad at another driver, and you’ll be fine. That doesn’t mean that the other drivers won’t do just that. If you are in an accident and are seriously injured, be sure to stay calm, get medical care, and call a professional to see if there’s anything that can be done for you regarding your injuries. Stay safe out there!