Turning Vehicles Can Be A Major Hazard To Motorcyclists

Motorcyclists Are Much More Vulnerable

It stands to reason. Part of the problem is that motorcyclists are much more vulnerable to injury because of their lack of protection, and while being unenclosed is certainly a contributor to motorcycle danger, studies have consistently shown that bikers lack conspicuity on the road. Many drivers have claimed after hitting a motorcyclist that they simply did not see the him or her. It’s not surprising, then, that while making turns many drivers fail to see approaching motorcycles, frequently resulting in injurious or deadly car versus motorcycle collisions. Because of the bike’s small size, they tend to hide in blind spots or even get masked by background objects outside of the car. 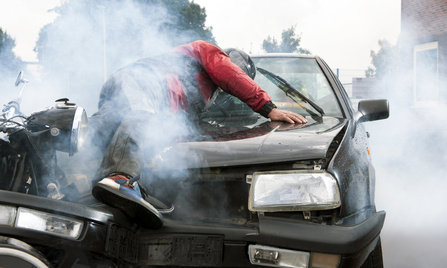 When motorists see an approaching motorcycle, the size of the bike may come into play again. It’s more difficult to judge the speed of an oncoming motorcycle. As a result, many drivers will turn in front of the biker thinking that they have more time than they actually do to complete the maneuver.

Often these examples constitute negligence on the part of the automobile or truck driver. However, it depends on the individual circumstances of every case. If you or someone you know feels they were involved in a motorcycle versus car accident and negligence may have been involved, you should immediately contact an attorney to discuss the finer points of the motorcycle accident.

The following points are overlooked rights the motorcyclist has while he or she is on the road:

Many automobile and truck drivers aren’t aware of these rules. The road is meant to be shared by many different drivers operating a variety of machines, large and small. At Lowman Law Firm in Brooksville, we aim to minimize motorcycle versus car accidents through education. Unfortunately, motorcycle accidents in Spring Hill, Brooksville, Dade City, and Wesley Chapel still occur, so if you have been involved in one, contact us right away so that we can help decide the best path forward for you.