Who is Liable in an Auto Accident in Florida? 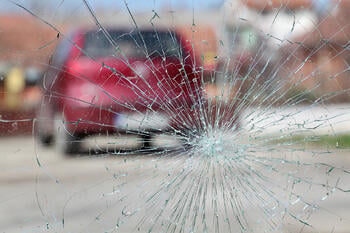 It’s a fact: accidents happen, but the next question afterwards is usually, “Whose fault is it?” Playing the blame game is nothing new, but this is different than something like sibling rivalry or lying about homework. When you are rear-ended or involved in a car crash, it can be serious, and fault, or liability, is extremely important.

It can be the difference between having a claim against someone, or vice versa. There is no easy one-stop-shop answer to knowing who’s liable in an auto accident in Florida.

Besides a few circumstances, liability is almost never black and white.

Extenuating factors and circumstances always demand attention, which can make determining fault tricky and even split it up. So rather than having 100% fault on one person and 0% on the other, it can change in varying degrees. We’ll discuss this in a hypothetical scenario later.

Some of the most common auto accidents that can happen are:

At some time or another, you’ve probably heard of these or seen them happen on TV. Unfortunately, it happens all the time, and it’s something we as drivers need to be aware of.

While this may seem easy to determine, it’s really not. The police offer which comes to the scene and writes the report may allocate fault to one person at first, but once the insurance companies conduct investigations, that fault can change. It’s not set in stone, but an officer’s input certainly contributes.

A few factors that can change this determination are:

Let’s pose a hypothetical situation that person A, Mary, was driving straight through a busy intersection. Person B, Jeff, is on the opposite side of traffic also driving through the intersection. He misjudges the distance and thinks Mary is far enough away, so he makes a left turn and ends up crashing into the driver side of her car.

Whose fault is it? Naturally, upon first glance, it’s obviously Jeff’s fault for misjudging the distance, right? Yes, but a witness who was at the crosswalk saw Mary’s car and told the officer she was driving way too fast and was clearly speeding. Later, the insurance company is able to find another witness who says the exact same thing.

So what happens from here? The insurance companies will align fault based on the factors that they have—with the witness saying Mary was speeding, she may now have 30% fault against her, while Jeff still retains 70%. This means some of the settlement for damages will be compromised in Mary’s case against Jeff, and vice versa.

Ideally, you don’t want any fault or liability on your part, but it sometimes cannot be avoided based on the circumstance. If a witness caught you texting before you were hit, you may have been negligent and not paying attention when you could have avoided it had you been focusing on the road.

Keep in mind this is only the tip of the iceberg when it comes to understanding liability in auto accidents. To learn more, make sure you speak with an experienced attorney.

This is not meant to be legal advice, and should not be taken as such. The scenario between Mary and Jeff was a hypothetical scenario, and was not based on a real case.