Who is Liable in an Auto Accident? 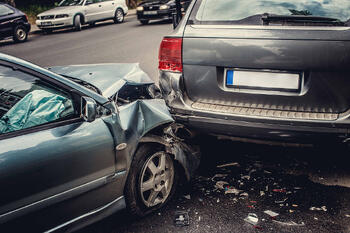 While it would be nice for an end-all-be-all answer to this blog’s question, liability is almost never 100% black and white in an auto accident. Who is liable depends on a lot of factors, from the location it happened to the weather conditions and other circumstances. One of the only exceptions in Florida when presumption of negligence is definitive is a rear-end collision (and even then there are extenuating circumstances that can make liability hard to determine).

Determining fault isn’t easy, which is why attorneys are so important to represent you during the difficult time after an accident. This is when liability is being figured out, and also when you as a victim are oftentimes injured and confused with your vehicle repairs and other personal matters. Below, we are going to cover some example scenarios on how fault can be divvied and how drunk driving and negligence can affect liability.

Contrary to initial assumption, fault can be divvied to both parties depending on the situation. For example, if a motorist was making an illegal U-turn and an incoming driver struck the side of their car (or T-boned them) while going 30mph over the speed limit, this would complicate liability.

While the U-turn driver would be at fault for making an illegal turn, the impact wouldn’t have been nearly as bad if the other driver wasn’t speeding (causing additional damages, arguably). In this scenario, you can see how things aren’t always straightforward.

Let’s say there is a head-on collision accident, but the driver that was hit unexpectedly wasn’t wearing his or her seatbelt. While the majority of fault would hypothetically be toward the driver going the opposite way of traffic, the other driver not wearing a seatbelt means the entirety of damages aren’t the other person’s responsibility.

Fault can be divided by 70/30, 90/10, or however the attorneys and insurance agents see fit for the circumstance.

Much like rear-end accidents, if someone is driving drunk and hits another driver, there is little to no question of fault (although some of the earlier points discussed could factor into a 90/10 liability split, etc.).  Driving drunk is considered intentional or reckless misconduct, and can mean serious charges and felonies depending on the state. Texting while driving also falls under this bracket, and has been made illegal in many states, as well.

We have all seen those crashes where three, four, five or more cars all hit each other in a pileup. It’s a very unfortunate circumstance, and can get very sticky with insurance companies. In a typical circumstance, the front driver wouldn’t be liable, since they did not hit anyone. However, everyone after that would have some percentage of liability distributed between the drivers.

Keep in mind these are all hypothetical scenarios, and aren’t tied to any real stories or people. The point of providing examples is to offer differing perspectives on how liability can be affected in various accidents.

There are many advanced terms and things that go into determining liability, we wanted to give you a surface glance at the many ways liability can be divided. It’s important to understand that it isn’t always easy to figure out fault, especially when multiple drivers are involved. If you aren’t sure about liability in your accident, it’s imperative you contact a personal injury attorney that is qualified and experienced in your area.