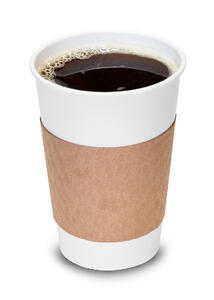 We all know the famous lawsuit over the McDonald’s coffee incident, in which Stella Liebeck accidentally spilled hot coffee all over the lower half of her body. This resulted in third-degree burns and a jury verdict of $2.7 million dollars (cut down due to a liability split of 80/20) in punitive damages, and an additional $160,000 to compensate her medical bills. When products are made with defects, or information is not provided to the consumer about the risks, injuries can occur, and this has potential to trigger a product liability lawsuit.

According to West’s Encyclopedia of American Law, product liability is defined as “the responsibility of a manufacturer or vendor of goods to compensate for injury caused by defective merchandise that it has provided for sale.” It is the duty of the goods provider to test their product and not cut corners; if they do not do this, injuries and death can (and have) occurred. Unlike a regular lawsuit, which concerns two exclusive parties, product liability can include hundreds or even thousands of people that are affected by the same afflictions to the product.

In this article, we are going to list some noteworthy and unbelievable product liability lawsuits that have occurred in the past. There have been many before the McDonald’s coffee incident, and there will be many to come (unfortunately). Take a look:

Vioxx was a painkiller produced by Merck and was involved in multiple lawsuits in the early- to mid-2000s. According to The New York Times, Merck “misled the Food and Drug Administration about the dangers of its painkiller Vioxx and acted with wanton disregard for patients taking the drug.” In 2006, a New Jersey jury awarded $9 million to John McDarby, who suffered a heart attack after using Vioxx for 4 years in 2004.

In 2004, Merck discontinued Vioxx due to a clinical trial that revealed a heightened risk for heart attacks and stroke with prolonged use of over 18 months.

Sta-Rite makes residential products, specialty water pumps and related systems. In 2008, a young 5 year-old girl was literally disemboweled by the suction power of a lidless pool drain. Despite complications with regulating safety rules and children vandalizing the equipment, the case still progressed. In the trial Valerie Lakey v. Sta-Rite, John Edwards saw the trial through as the plaintiff attorney, and it was settled before reaching an appeal for $25 million.

This tragic incident shows how easily a product can lead to injury or death simply from defects or negligence.

You may remember the massive amounts of recalls Toyota had for vehicles from 2005-2010 due to brake problems and a defect with the accelerator. Upon further investigation from the U.S. government, after the lawsuit, Toyota settled for a whopping $1.1 billion, and cars were repaired without charge to anyone that brought them in for repair. An example includes Saylor v. Toyota Motor Sales, U.S.A., Inc. which involved 4 family member deaths due to uncontrolled acceleration.

You can check Toyota’s safety recall page on their website to see whether or not your car is at risk.

While there are a vast amount of intricacies amassed in lawsuits, it’s important to be aware of what products pose a danger to us, the consumers, and where we draw the line when it comes to speaking up against these defects and negligence. Product liability lawsuits are applicable to everyone that is involved, or has been affected by a particular product, so do your research and know your rights if you’ve been victim to an injury.

This especially rings true when concerning an accident due to someone else’s negligence – whether minor injuries, serious harm or even death are involved, make sure you consult with a compassionate and experienced personal injury attorney to learn what you are entitled to as a victim.