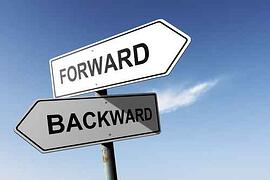 Personal Injury Protection Law, also known as PIP Law, exists to ensure that individuals get the protection they deserve in events in which they have been wronged or injured due to another individual’s negligence or lack of action. As of the past few months beginning last year, new changes have been made to the laws regarding personal injury protection. Following these laws will help authorities understand the events of your experience. The enforcing of these laws will also decrease the number of individuals who fake injury to take advantage of the system.

The new changes are three policies which help paint a more exact picture of what occurred. The first is a time limit between the event itself and the initial medical evaluation; the second is that the injuries included in the personal injury case are only those that were determined within the first evaluation, thus effecting the third change which involves the injuries and the covered treatments. With these specific new changes, individuals will now be able to be protected from the injuries sustained during the event, whther it was a slip and fall, an auto accident, or any other event caused by lack of action or negligence of the party at fault. But what do these new changes mean for you?

PIP, or Personal Injury Protection, is an extension of car insurance which, in the state of Florida, is mandatory. It covers medical expenses and occasionally covers damages or lost wages due to an auto accident. It is sometimes referred to as “no-fault” coverage, because the laws enacting it are more often than not no-fault laws. Personal Injury Protection does not regard fault or legal liability. An example of no-fault insurance is that in which the policy holder is reimbursed by the holder’s insurance company and is restricted from seeking recovery for losses caused by any other involved parties. This can be done without the requirement to prove who was the party at fault.

While Florida’s old no-fault law ceased in 2007, Florida legislation updated the law and a new no-fault law began taking effect on the first of January 2008. The most recent changes were made halfway into this past year. Damages to vehicles and their contents, however, must still be determined by fault. No-fault systems, such as Personal Injury Protection, exist for the compensation of physical bodily injury. This means that within the limits of the law, medical and funeral expenses can be covered for those insured, as well as passengers involved or any pedestrians struck in the event.

For any Personal Injury Protection policies issued or renewed past the effective date, the initial medical evaluation must be held within the fourteen days of the auto accident. This rule reduces fraud as it helps to ensure that all reported injuries occurred from the accident itself and not something that happened a month later unrelated to the accident. If the initial evaluation is not made within the time frame, your injuries will not be covered. For optimum efficiency, visit your medical professional as soon as possible after the accident.

This first evaluation, made within the first fourteen days after the auto accident of which you are making your claim, must be performed by certain people for the evaluation to be eligible in the eyes of Personal Injury Protection. The first evaluation must take place with a licensed medical doctor, osteopath, dentist, or chiropractor. In regards to the chiropractor, there are specific policies regulating what a chiropractor can and cannot do; for example, a chiropractor cannot diagnose emergency medical conditions. More about chiropractor regulations are described in the following section. If the Who is not included in your initial visit, it is the Where. The initial visit must take place in a hospital or a medical facility that is owned by a hospital, such as an outpatient center.

According to the third most crucial change in Personal Injury Protection Law, the injuries covered are those that were evaluated and determined within the first medical visit. This also means that the only treatment that is covered is the treatment of the injuries evaluated and determined during the initial medical visit. If the injury is not documented during this crucial visit, it will not be covered. Be sure to not leave out any pain or injury received from the auto accident. For example, if your shoulder or your collarbone has been injured from the pressure of the seatbelt and you report that, you will be covered; however, if you also have a mild neck ache from the impact and you do not report it during the initial visit, you will not be covered.

This can cause later issues due to the pain progressing into a much worse condition; neck pain may be early symptoms of a spinal injury. If this were to be the case, your shoulder will be covered but your neck or spine would not. This will mostly affect your own wallet for something that could have been covered earlier. Make a list of everything that hurts you or is in pain after the accident, as this will benefit you in the long run.

What Does This Mean for You?

Before the first of January last year, an individual injured due to an auto accident was entitled to eighty percent of any medical expenses relating to said accident, as well as sixty percent of wages lost up to a total of ten thousand dollars. Now, effective the first of January 2013, there is a timeline added to the requirements of Personal Injury Protection. It has now been a year since these changes were enacted, and this affects everyone. How does it affect you specifically? The changes to this law are designed to reduce the amount of fraudulent claims; an individual will be paying about the same amount for less coverage if they do not follow the timeline. All Florida residents, whether or not they have insurance, will be affected, including Florida taxpayers. Medical bills may rise to cover the cost of uninsured residents.

At the end of the day, following the timeline will give the affected individuals the most benefit while reducing the amount of fraud found within the system. These new policies have been enacted to keep fraudulent cases low and residents of Florida safe.

Keep in mind that every situation is unique and that this does not necessarily replace legal advice. Contact your own insurance company for more details, or contact your personal injury attorney for a consultation outlining your specific situation. As long as the timeline after your auto accident follows the procedures described in the previous sections, you will most likely be able to receive your personal injury protection coverage. Again, this will be determined on a situational level according to your current claim or medical treatment. Being in a car accident can be a frightening and inconvenient experience, but it is always nice to know that Personal Injury Protection will alleviate some worries within your own situation.