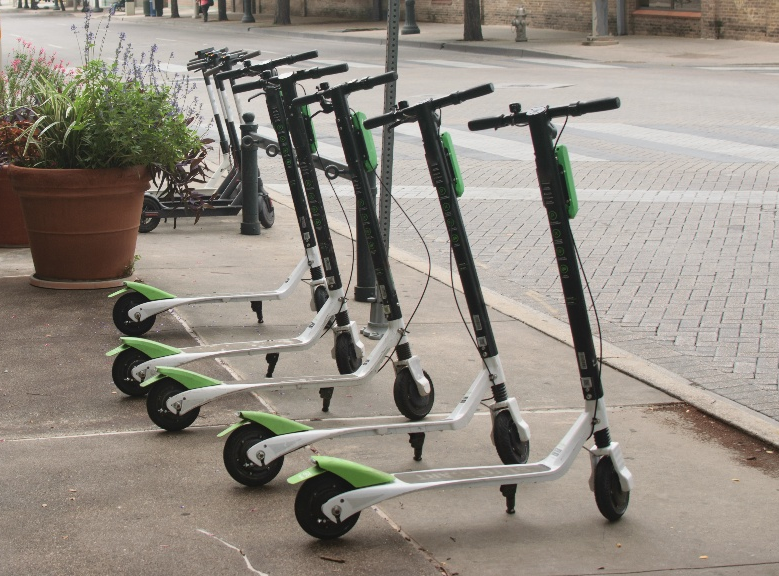 Electric scooters, or e-scooters, are the latest way to get around town. Today, kids are using e-scooters to cruise the neighborhood, college students are using them to get around campus, and adults are using them for their daily commute to work. To capitalize on this craze, dockless e-scooter rental companies such as Lime and Bird have popped up, allowing people to rent them on the street, pay with an app, and leave it behind when they’re done. But are regulations keeping up with the growth of e-scooters?

According to Consumer Reports, there were at least 1,545 accidents involving electric scooters in the United States in 2018 alone, with four resulting in death. While some states have made wearing a helmet when scooting law, it’s often not enforced. Plus, rental companies don’t provide helmets, and it’s not likely someone grabbing one on the spur of the moment has a helmet in hand.

But e-scooters still offer a wealth of benefits, including reducing harmful CO2 emissions produced by automobiles. In addition, some argue that more people would have died in car accidents had they not been using an e-scooter. Paul Steely White, Bird’s Director of Safety Policy and Advocacy, had this to say:

“... the most dangerous part of any transportation landscape are the cars that continue to dominate our streets. The reporting of shared e-scooter injury data lacks important context necessary to appreciate the issue of transportation safety—the number of injuries reported thus far would amount to less than a fraction of 1% of the total number of e-scooter rides taken worldwide. Driving is much deadlier for everyone, as evidenced by the 6,000 pedestrians killed on US roads in 2017. Worldwide, car crashes kill more than one million people each year. And for every person cars kill on impact, many more lives will be cut short in due part to their devastating impact on our climate."

In Fort Lauderdale, which legalized e-scooter rentals in November 2018 and is one of the only cities in Florida that allows them, is currently trying to manage the e-scooter boom. According to data that rental companies are required to share with the city, every week about 4,000 people use an e-scooters, riding for approximately a half an hour before ditching the device. But that’s part of the problem as well; residents say riders often leave their scooters blocking sidewalks or intruding onto city streets, and despite banning scooters from streets and bike lanes, riders can often be found in both. “I’m now dodging skateboards, rollerbladers, bikes, Segways, other walkers, joggers, and now electric scooters,” 59-year-old Fort Lauderdale resident John Rhoades said.

But the complaints of Rhoades and others like him may be outnumbered by e-scooter users. “They’re a blast! And not just for tourists,” resident Priscilla Juranitch said in an email to City Hall, which has been contemplating a ban. “We’ve been watching the growing numbers of users scootering around the city and finally decided to try it. It has now become a regular weekend activity for my husband and me. Whatever you do, don’t take them away.”

As more Sunshine State cities look to allow e-scooter rentals (a pilot program is underway in  Coral Gables, and Miami and Tampa are gearing up for one), laws will continue to be made in order to keep riders and others on the road safe. Follow the Lowman Law Firm blog for updates on e-scooter regulations, and if you’re a rider who has been injured in an accident, contact us today to discuss your case.