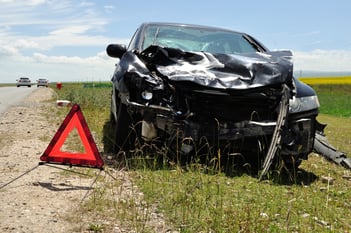 Anytime you step foot in an automobile, you assume a certain level of risk. Driving has its benefits, but it also has its faults — some of which result in numerous injuries or, worse, fatalities.

Automobiles can become accidental weapons if you’re not paying attention to the road and other drivers.

Everyday fender-benders don’t typically result in many car accident fatalities; however, these accidents do attest to the repeated distractions drivers deal with every day.

Nationwide, car accidents have been linked to a variety of causes, including:

Business Insider reported the Auto Insurance Center’s statistics and a state-by-state breakdown of fatal car accident causes from 2009-2013. The following is a listing of causes identified by the National Highway Traffic Safety Administration's (NHTSA) auto fatality reporting system, which includes the number of driver, passenger and pedestrian fatalities.


In nationwide studies and statistics, the most common reasons for fatalities in car accidents are attributed to drivers failing to stay in their proper lane; yielding to the right-of-way is the second largest cause of auto accident fatalities.

According to the Insurance Institute for Highway Safety Highway Loss Data Institute, driver blood alcohol concentration (BAC) beyond the legal limit was reported among 72% of accidents resulting in death nationwide in 2014. Some states, including New Hampshire and Montana, as well as the District of Columbia, account for some of the highest figures for BAC-related auto fatalities — accounting for roughly 96% of them.

Traffic fatality statistics within the first 9 months of 2015 were reported by the National Highway Traffic and Safety Administration (NHTSA) as follows:

Automobiles were originally designed without safety features, and the automobile’s luxury features advanced over time to include things such as:

While these advancements were intended for your benefit, they have also contributed to the growing number of distractions drivers face, including:

These comfort features increase driving distractions and driver carelessness, which in-turn increases the need for automobiles to have stronger safety features, developed through advanced technology and testing.

Now, many vehicles are manufactured to include airbags, seat belts, warning sensors, reverse cameras and other safety tech.

In Florida, careless or reckless driving accounts for the majority of car accident related fatalities. Just remember to pay attention and drive responsibly. Whether you are driving your daily commute or travelling across country, safe driving should be your number one priority to help save lives — including your own.