6 Key Factors in Proving Liability in an Auto Accident 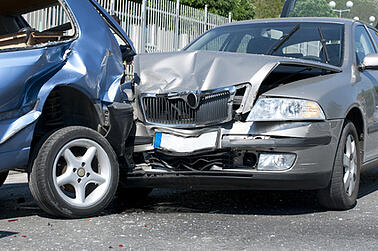 The moments after an accident are not only terrifying, but can quickly become confusing; especially when determining liability. Blame is likely to be tossed back and forth, which can lead to a heated argument that causes more harm than good. Avoid the argument, and work together with anyone else involved to ensure a safe post-accident experience.

By knowing and utilizing six key factors, proving the liability of a car accident can be easily discovered by safe means. The liability can be determined with the facts alone, and those facts can even be uncovered with the help of a notebook or even a cell phone.

1.) Noting Down the Details

Aside from the car’s manual, a first aid kit, and maybe an umbrella, a notebook is another item to always keep inside your vehicle. Keeping it in a compartment now can become useful later on in the event of a car accident. Noting every detail after an accident is as crucial as the details of a police report. By taking down just the facts, you can remember important details later on that may otherwise be overlooked in the heat of the moment. Specific details to take down include:

Describing the damage done to your vehicle will be useful in determining the price of repairs. The factors surrounding the accident are important to take note of, such as street names, the date, the time, and the weather. The license plate number of the car and the contact information of the other driver are best obtained as soon as possible; if not, you would have to obtain this information from police reports, which could prove to be more of a hassle. Keeping a notebook specifically for your car is proven to help in an accident.

A camera is another important device to keep on you. While keeping a camera in the car may damage the electronic due to the Floridian heat, even your camera phone can help in taking down the details of a post-accident situation. Important details to photograph include:

Photographing the damage of your vehicle shows where your car was hit. Skid marks show where the cars were placed during the accident, and can prove who was where and when they were there. The picture of the overall scene shows details that could easily be forgotten. A picture is worth a thousand words, and each picture can provide enough evidence to prove liability.

A police report is perhaps the most important document presented after an accident. It provides the details of all parties involved, as well as the opinion of the police officer. The police officer’s opinion is an unbiased and informed one made by a professional outside party. This heightens the report’s credibility and is an official document presented to insurance companies. The exact violation of a specific traffic law may be mentioned, as well as any issued citation. Police reports are the most common document is proving who is at fault in the event of an accident.

Knowing the Florida traffic laws now can help you win your case against a driver who is liable. Your local DMV may have a portable collection of the traffic laws for you to keep in your car. They may also be online, making it easy to search through them to find a specific law.

While every car accident is different, the type of car accident may immediately tell officials and those involved who may be at fault. Certain kinds of car accidents are caused by common factors, which means that the other driver could be at fault 99% of the time. In these cases, insurance companies very rarely argue over them. The two most common types of “No Doubt Liability” are rear-end collisions and accidents occurring during a left turn.

When your car is hit from behind, it is almost always the other driver’s fault, regardless of your reason for stopping. It is a common rule of the road to be prepared to stop for any reason, and to give both cars enough space to safely stop. If the rear car cannot stop safely, then it is safe to assume that they were not driving as safely as the car in front of them. The damage proves how it happened, making insurance companies aware of the situation.

Accidents resulting from a left turn are almost always caused by the car making the left turn. The cars driving on the straighter road have the right of way, meaning that even when the general light is green, the car making the left turn must yield. Failure to yield can result in the accident and thus said car is liable. While there are certain exceptions, the result is almost always the same.

While cameras are not installed into every red light or at every intersection, they can be very helpful if they are in fact available. A red light camera can determine the speed of the parties involved, and can provide photographic evidence to the scene. The cameras are time-stamped and can thus pinpoint the exact details surrounding the event. This provides great evidence against insurance providers who claim otherwise. Obtaining the footage from the cameras can be difficult, but can start with a phone call to city officials or municipality.

After an auto accident, the liability is the second discussion, coming second only to making sure everyone involved is safe. Blame might be thrown around, but the facts will be able to pinpoint the truth behind the liability. Each one of the aforementioned factors stand as evidence on their own; but if they are collected together and portray consistent information, then the liability is as clear as a sunny Florida day. While some cases of accidents can be clearly understood, every accident is different and will need the extra consistencies from various sources. Knowing what to do now can help you understand what to do after the accident, and can take away the anxiety of wondering what to do next.