6 Most Common Causes of Motorcycle Accidents 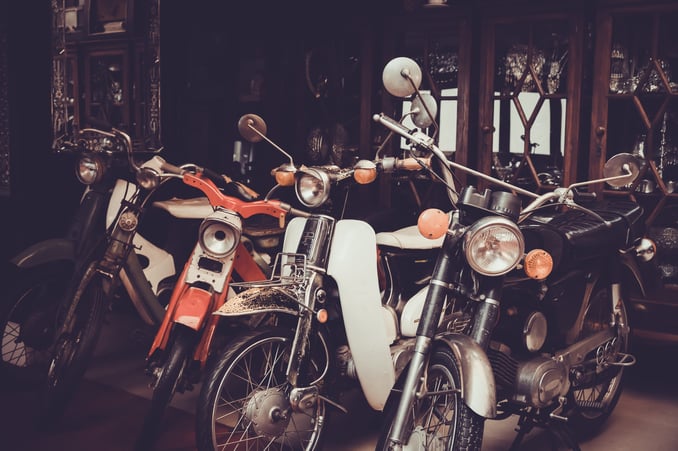 Florida is the Sunshine State. Most days are warm and sunny, perfect weather for a motorcycle ride. Motorcycle enthusiasts can be found in every corner of the state. Florida is the ideal place to ride your motorcycle, but that doesn't make it any safer there.

In fact, the state consistently ranks at the top of the list of motorcycle fatalities by state. Hundreds of motorcyclists die each year on Florida's roads.

In 2006, the National Highway Traffic Safety Administration (NHTSA) found that in the United States 73.24 motorcycles per 100,000 ended up in a fatal crash that year. That means that out of every 100,000 people of the state's population, at least 73 people were involved in a fatal motorcycle accident. This doesn't even account for passengers. When compared to cars, motorcycles are 35 times more likely to be involved in a deadly crash.

In 2015, the National Highway Traffic Safety Administration (NHTSA), noted a 7.2-percent increase in crash-related fatalities from the previous year. Motorcycle deaths also grew by 8.3-percent. 382 more motorcyclists died in 2015 than in 2014. The total amount of car and motorcycle accident related deaths in 2015 was 35,092, one of the highest numbers in decades.

Most Common Causes of Motorcycle Accidents

What are the Most Common Motorcycle Accident Injuries?

Motorcycles can cause a range of injuries. The most common injuries include:

Who Can You Call When You're Involved in a Motorcycle Accident?

According to the Florida Highway Safety and Motor Vehicles' 2015 Traffic Crash Facts, there were 10,201 motorcycle crashes, 546 fatalities, and 8,231 motorcycle injuries in 2015. Motorcycles are dangerous and risky. Don't take any chances when you need an attorney.

If you're involved in a serious motorcycle accident, you need a law firm you can trust. You need experienced lawyers who will fight for you. You need the Lowman Law Firm.